On May 3rd, Vientiane Times interviewed Katie Smith, The First Secretary of the Australian Embassy to Laos and Souliya Phoumivong, Director of Clay House Studio , on the Learn Together” Article written by Visith Teppalath 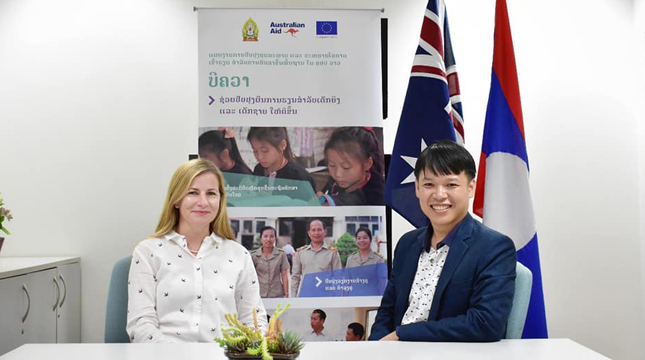 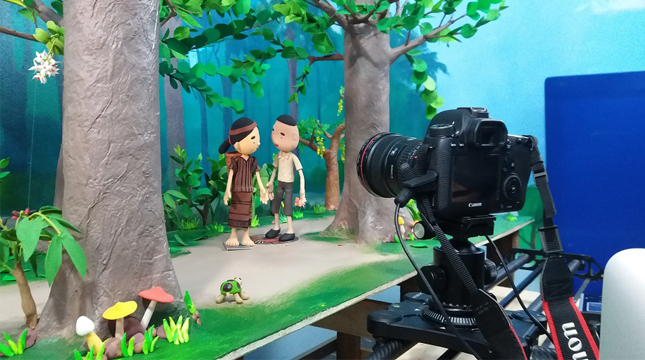 A scene from "Learn Together" 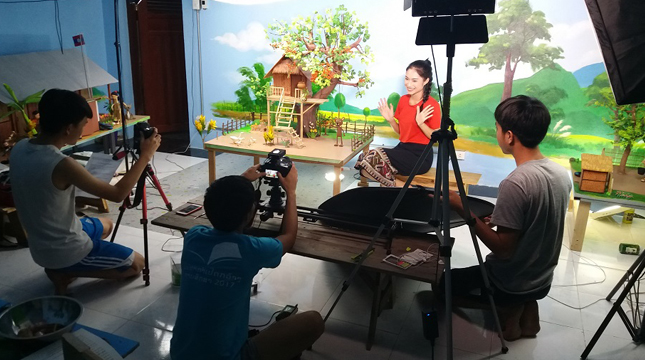 The Clay Studio team during production 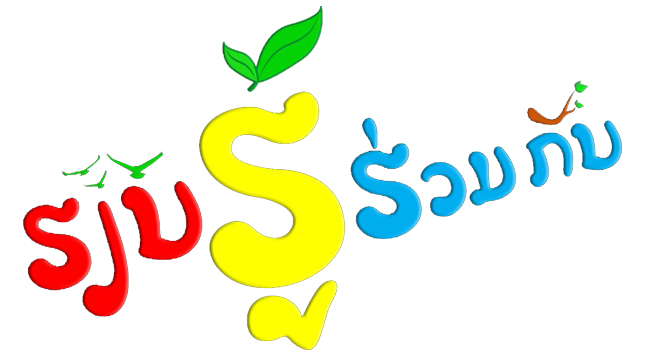 The programme is specially designed to support the learning of children in Grade 1 of primary school, especially with the new curriculum.

All the episodes will be broadcast on Lao National TV Channel 3, Lao Police station TV, YouTube and social media (Facebook).

The production of “Learn Together” was led by the Ministry of Education and Sports in collaboration with the Ministry of Information, Culture and Tourism. The project was supported by the Australian Government of the European Union.

The series is being produced by Clay house Studio in Vientiane and features animation done using the stop-motion technique. The studio is currently filming the first two episodes and writing episodes 3 to 8.

The aim of “Learn Together” is to support the new improved primary school curriculum. The main characters in the series are class of Grade 1 children and their teachers.

In each episode, the audience will follow their adventures and their challenges and successes from their preparation for the first day of school to their last school day.

The purpose is to help children understand how they will learn using the new curriculum.

The series will also promote the importance of parents’ involvement in their children’s education.

Since 2015, the Ministry of Education and Sports has been developing a new improved primary curriculum along with new teaching and learning materials for student and teachers. The progressive implementation of the new curriculum, with one grade per year, will start in September 2019 with
Grade 1. The Australia government and the European Union, through BEQUAL programme, are supporting the ministry in the development and implementation of the new curriculum.

The First Secretary (Education and Governance) of the Australian Embassy to Laos Ms. Katie Smith said “The Australian Government is very happy to jointly support the “Learn Together” production project with the European Union and hopefully it will help to contribute to the development of education in Laos”

“It’s very important for Australia to support education in Lao. The two nations have a long partnership in cooperation, especially in educational development. We think building education is very important in helping Lao accelerate socio-economic development and to lead Laos to graduate from the Least Developed Country status”

“I would like to ask all organizations and communities, particularly parents, to get involved in supporting this project by watching “Learn Together” with their children or to allow their children to watch the series , so they can see aspects of the new curriculum and learn something new from it”

Director of Clay house studio. Mr. Souliya said he is very happy to be a part of this important educational project after his studio was selected to produce the series.

In 2017-18, Clay House Studio received a grant from the BEQUAL Education Innovation Fund to pilot and test the edutainment approach with primary school children.

The studio created the concept of the “Learn Together” educational programme and developed and produced six pilot episodes in collaboration of the two ministries.

The pilot project was successful as it attracted a number of children and their parents, so the decision was made to create 15 new episodes tailor-made to support the new Grade 1 curriculum.